Her Majesty The Queen makes a special address on the 75th anniversary of VE Day.

By 1945, the Second World War had gone on for nearly six years of bloodshed and sacrifice, but things were beginning to change.

Following the success of D-Day, the Allied armies in Western Europe from Britain, France, Canada and the United States started to advance on Berlin from the West. Meanwhile, Soviet forces were attacking from the East, leaving Nazi Germany surrounded.

On the seventh of May 1945 Nazi German officials agreed to a complete surrender. Special issues of newspapers were printed to announce the surrender and news that the war in Europe was finally over spread very quickly.

Details circulated that the next day, the eighth of May, would be a public holiday known as Victory in Europe Day, or VE day.

How the St Paul's community are remembering VE Day! 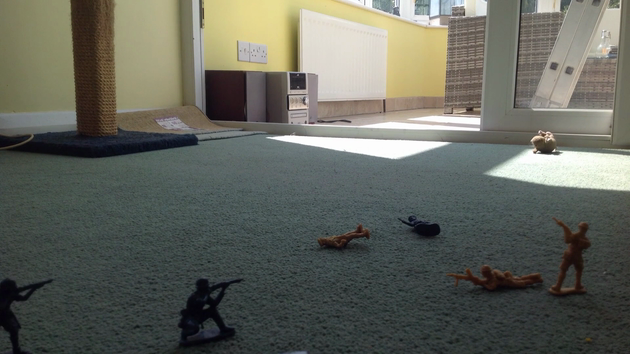 Take a look at what Mrs McGreal found in her loft!

Friday 8th May is VE Day. Here is some information to help you learn all about VE Day and also some fun activities too!