At St Paul's our Religious Education is very important to us! We explore in depth the beliefs, practices, symbols and actions of Christianity through core concepts including God, Creation, The Fall, People of God, Incarnation, Gospel, Salvation and the Kingdom of God. We created a timeline to show the story of the Bible through artwork created by every class. Have a look in the Key Stage 1 corridor and see if you can recognise any of the images from different stories within the Old and New Testament. We also enjoy learning about Islam and Judaism at St Paul's and enjoy going on visits to different places of worship. Keep an eye on this page to see what different classes have experienced in RE throughout the year.

In March 2016 we were assessed by the RE Quality Mark Team and were proudly awarded the Gold Award! This is a fantastic achievement to be shared by all staff and pupils. The hard work and dedication that goes into every aspect of RE at St Paul's has made this happen and we are now more determined than ever to continue to go from strength to strength.

Please have a look in our Sacred Space in the Sound Garden opposite the KS1 playground where we have made different objects to help you reflect, pray and think. We have created new resources and the Worship Group will soon be creating reflections to go with them.

We have been learning all about the story of Jacob in our collective worship time this half term. Here is a quiz for you, all about Jacob's life. Send the answers to Miss Martindale using 2Email on Purple Mash. Winners of the quiz will be revealed here at the end of the half term! Good luck! 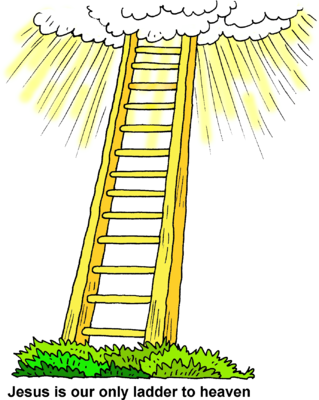 1.) Where was Jacob at the time when he had the dream of the ladder?
A) Near the burial place of his grandfather.
B) Out of Beersheba, toward Haran.
C) In Padanaram.
D) In Jerusalem.

2.) Why did Jacob stop where he did?
A) Because the sun was set.
B) Because his servant suggested that they stop there.
C) Because he had been set upon by thieves and was injured.
D) Because his donkey refused to go any further.

3.) What was Jacob doing when he had the dream of the ladder?
A) He was standing in a trance, with his hands raised
B) He was kneeling on a rock, seeking God.
C) He was sleeping with his head on a stone pillow.
D) He was deeply unconscious - he had been injured by robbers.

5.) How far did the top of the ladder extend?
A) The top of it reached to heaven.
B) Three hundred cubits.
C) Twenty leagues.
D) Twenty cubits.

6.) What was on the ladder?
A) All manner of four-footed beasts of the earth.
B) Serpents and all sorts of creeping things.
C) The angels of God.
D) All of the above.

7.) What were these things doing?
A) Ascending and descending on it.
B) Singing praise to God.
C) Praying for the world.
D) Sitting silently.

8.) Who stood above the ladder?
A) Lucifer.
B) The Lord God.
C) The archangel Gabriel.
D) The Lion of the tribe of Judah.

9.) What did this person promise to Jacob?
A) Lucifer promised Jacob that if he would worship him, he would have ownership of the whole world.
B) The Lord God reminded Jacob of His promise to Abraham and Isaac that He would give the land to him and his children.
C) The archangel Gabriel promised Jacob that three years from the going forth of the command to rebuild the walls of Jerusalem, the Messiah would come.
D) The Lion of the Tribe of Judah opened a scroll on which was written Jacob's entitlement to the land.

10.) Which direction did he say that Jacob would spread out to?
A) The North and East.
B) The South and the West.
C) All four directions.
D) He did not say which direction.

11.) He also said: ....
A) I am with thee, and will keep thee in all places whither thou goest.
B) I will bring thee again into this land.
C) I will not leave thee until I have done that which I have spoken to thee of.
D) All of the above.

13.) Jacob rose up early in the morning, and took _____ and set it up for a pillar, and poured oil upon the top of it.
A) A pile of stones - one for each of the tribes of Israel.
B) The stone that he had put for his pillows.
C) A stone that fell off the ladder.
D) A monolith.